It is my pleasure to offer this unqualified reference for Paramount Custom Homes. The quality of your workmanship and attention to detail is superb. But, as you know, that alone is not what distinguishes Paramount. It is your unparalleled level of service.

As everyone knows, and I was repeatedly cautioned, in real estate “nothing survives closing,“ i.e., after the house is yours you are on your own. You and your partner Bill assured me that was not the case with Paramount. You gave me your cell phone numbers and said call any time. John, our project manager did the same. Fortunately there have been no significant problems with the house.

The day after closing I found I couldn’t figure out how to program my car to open the gate to the house. I called John. He said “no problem, I’ll be right over.” A few weeks later, suddenly the water wasn’t flowing into the washing machine. Again, John said, “I’ll be there in about 30 minutes.” The problem it turned out was that the water to the washing machine had been turned off. (I later found out that my house watcher routinely does this when we’re away from the house.)

John has come to adjust the temperature control in a shower, fix a light and several other minor items. What best exemplifies Paramount service happened a rainy day when one of the garage doors was stuck in a half open position. I was concerned that the rain would ruin things we’d stored in the garage. John, and another of your project managers, Kenny, were there in less than an hour. They got the garage door closed and told me the installer would be there the next morning – a Saturday – to fix it. That morning I remarked to the garage door installer on the extraordinary responsiveness of Paramount. He told me he is the owner of the garage door company; he works with many builders, and Paramount is indeed unique. That as one of Paramount’s subcontractors he is always very responsive to Paramount because of how well they treat their subcontractors. Your reputation with your subcontractors serves you and your customers well.

Joe, the sense of security you deliver with your homes is what makes you and your team at Paramount the builder I am happy to offer myself as a reference for.

lf there is one thing that stands out about the projects that I’ve had the privilege of working on with Paramount, it is that they put relationships first. I attribute this to their family-oriented structure which harbors such virtues as honesty, trust and integrity.

I can honestly say that working with Paramount is an honor, a privilege, and a pleasure. Of the thousands of decisions you’ll make over the course of your project, choosing to team up with Paramount is one decision you will always celebrate.

They earn my highest recommendation without reservation each and every time.

Since August 2009 I have worked closely with Paramount Homes towards the successful completion of over ninety single-family homes on Long Island.

They consistently build homes to the highest construction standards that I have seen by any homebuilder; homes that often exceed minimum Building Code requirements and that have a fit and finish worthy of the finest houses.

The highest compliment I can give to a homebuilder is that I would gladly have them build a home for me, and in the case of Paramount Homes, I would not hesitate to do this.

The speed at which your team moves is amazing, THANK YOU so much for putting all hands on deck to make this happen for me and my family, we greatly appreciate everything that your amazing team did to get this done for us by our deadline.

Your team is professional, incredibly helpful, very knowledgeable and dedicated. I am very impressed!

Thank you again, you should be very proud. 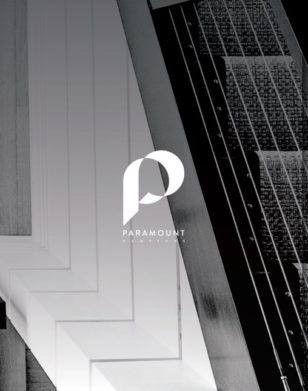